Meet Your Local Abortion Funder is an interview series conducted by NYAAF volunteer Chanel Dubofsky in which she interviews current NYAAF board members about why they are involved in abortion fund work.

Rye Young has been on the NYAAF board since September 2012. He’s the Intake Coordinator, which means that he focuses on our intake protocols, how we collect data from our intakes, and our systems related to the intake process. He heard about NYAAF through his years of running Third Wave Foundation’s Emergency Abortion Fund (EAF). The organizations often worked together on challenging cases; it was part of Third Wave’s mission to compliment the work of local funds by working together on some of the most daunting cases. 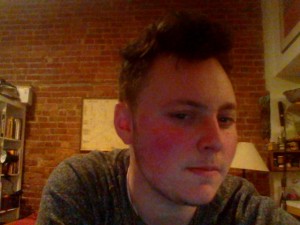 Why do you do this work?

I serve on NYAAF’s board because abortion policies have increasingly become complex tools of sexism, racism, and class oppression. I am on the NYAAF board because I believe in the universal right to quality health care, the right for people to determine their own lives, the right for our bodies to not be used in service to the imbalance of power that this country was founded on, but is so increasingly buried in a maze of policy and bureaucracy. I am on the NYAAF board to figure out what kind of state we want to live in, and to disrupt a perverse system violence – the consequences of which are only partially understood. Because abortion (and many other services of health and self-determination) is quasi-legal in this country, it is so important for state-based organizations to carve out a pathway to access.

What does reproductive justice mean to you?

To me, RJ is about paying attention to the way that structures of oppression maintain their power by literally taking power from the bodies of marginalized people. RJ has shown me how the women’s movement was built from the perspective and power of middle and upper class, college educated, white and often, but not always, straight, cisgendered women. Thus, at the same time in history that marked the height of the Eugenics movement in America with the forced sterilization against indigenous people, disabled people, incarcerated people, trans and queer people, and Puerto Rican people, the women’s movement, even the more radical revolution seeking women’s liberation movement, saw the fulfillment of reproductive freedom in the right to contraception and abortion. At the end of the day I think RJ is about building a movement that does not allow anyone’s body to be sites of state power, gender binary enforcement, white power, class oppression, or colonialism. I gravitate towards this frame because I am White, class privileged, able-bodied, transgender and queer person who experiences privilege and oppression at the same time. This frame is an important part of becoming aware of the ways that I have privilege in my movement work as opposed to seeing myself as someone who is a part of this movement because I am oppressed by my birth sex, sexuality or gender.

What are your hopes for the future of abortion access?

I hope that the movement for abortion access stops talking so much about abortions! So many people that we serve would rather have a child, but can’t because they can’t afford one, or another one as the case may be. The focus on abortion alienates many would-be movement participants because that might not be the preeminent struggle in people’s lives. Folks aren’t calling the fund to talk about how oppressive it is to have a uterus, people call us because they don’t have money, or a way to get where they need to go, or someone who they trust in their lives. I want to see the movement really listen to the needs of the people they serve and talk about economics and talk about not just abortion stigma, but the stigma of choosing to have a child even if you’re poor, or young, or undocumented, or homeless, or somehow not a “perfect parent.” Sometimes in those cases, abortion attaches less stigma than carrying through with a pregnancy – it’s all relative. To that end, I’d love to see the “choice” frame completely turned on it’s head! In addition I would like to see people stop talking about abortion as a woman’s issue when in fact we are talking about cis-gendered women, transgender men, gender non-conforming, and intersex people of a wide variety. I also hope that the abortion movement can start making connections between the ways that healthcare access is denied in other ways and start building solidarity and share strategies with the queer and trans liberation movement, birthing justice movement, sex worker/street-based economy movement, immigration movement, de-decriminalization and de-carceration movements. Many people are getting denied the healthcare access that they need because they are X, Y or Z.