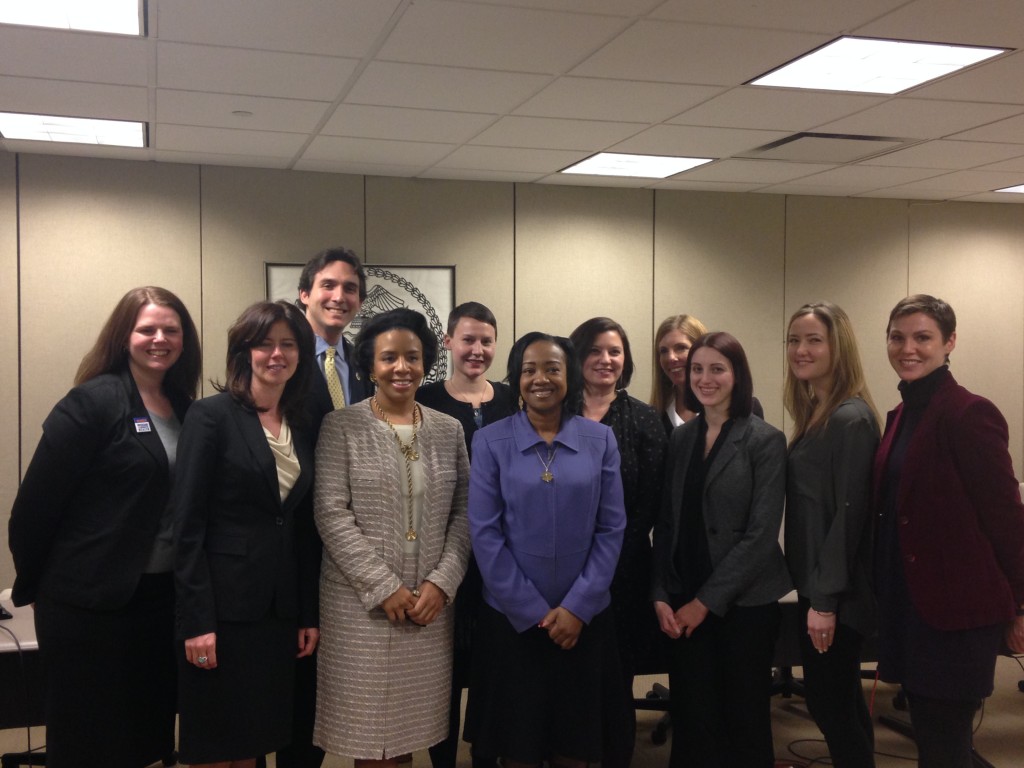 Testimony of the New York Abortion Access Fund before The New York City Council Committee on Women’s Issues regarding Proposed Resolution No. T2015-2352

Thank you to the New York City Council for introducing this important resolution.

My name is Alison Turkos and I am Co-Chair of the Board of Directors of the New York Abortion Access Fund, NYAAF. NYAAF supports anyone who is unable to pay fully for an abortion and is living in or travelling to New York State by providing financial assistance and connections to other resources. When an abortion clinic encounters a patient who needs financial assistance, NYAAF is one of the potential funding sources to which they turn. Over the last twelve years, we’ve pledged over $465,000 to help more than 1,500 people access abortion services. We are run completely by volunteers, are funded almost entirely by individual donations, and every single grant we make goes directly to an abortion clinic on behalf of a patient who cannot afford the cost.

People come from all over the country to access abortion services in New York City, for a variety of reasons. NYAAF has helped people from as close as Pennsylvania and New Jersey to as far as California, Texas, Utah, and France. For some, abortion may be more affordable in NYC than in their home states, while others come because they may be able to have procedures done at later stages of pregnancy. Many people that NYAAF has helped found that New York has fewer barriers to accessing abortion care than surrounding states; some have even come from areas where there are no abortion providers at all.

Many states have a limited number of providers, which leads to fewer clinics, which often means more travel time for many patients. Low-income individuals who seek funding from an abortion fund like NYAAF not only have a hard time coming up with funds for the abortion, but many times have to consider time off work, childcare, travel and hotel costs. We work every day with clients who sell their belongings, go hungry for weeks as they save up their grocery money, or risk eviction by using their rent money to pay for an abortion.

New York is lucky in that we don’t have some of the more onerous restrictions like those we’ve seen in recent years in Texas, which have succeeded in closing the doors of many of the state’s already over-burdened clinics. Ensuring that safe, legal abortion care is available to anyone who needs it requires institutional and political support for abortion providers. Clinics should be able to stay open without unnecessary structural requirements or other governmental hoops to jump through – hoops that serve not to protect patient health, but rather to delay access to safe legal services.
While we are privileged to live in a state where Medicaid covers abortion costs and where laws do not restrict access to abortion care, there are still many in New York who are unable to access abortion care. These are the many patients who turn to the New York Abortion Access Fund for funding. As the growing need for NYAAF’s funding shows, legalities can be meaningless when countless other barriers stand in your way. We are thankful for these courageous city council members who recognize that while abortion needs to be safe and legal, it also must be affordable and accessible. We hope this resolution will push people to think about abortion not just within the limiting framework of “choice”, but as a crucial component in the broader fight for economic and reproductive justice. Thank you.